As the spring theater season looms there are some events I am looking forward to:

Two Edward Albee events: I already have tickets to Home Life and The Zoo Story being presented at the Signature Theatre.  In addition his Three Tall Women will be presented on Broadway with Glenda Jackson, Laurie Metcalf and Alison Pill.  I saw the original Off-Broadway productions years ago and look forward to the Broadway premiere.

Also coming up is Eugene O’Neill’s The Iceman Cometh with Denzel Washington which should be amazing.  There will be a remount of Angels in America, which I saw in the original Broadway production many years ago.  Two favorite old time musicals are being revived: Carousel and My Fair Lady.  And of course, all the surprising and captivating Off-Broadway and Off-Off- Broadway shows that pop up and surprise me.

I also look forward to seeing Farinelli and the King, already playing on Broadway.  Not much chance of me seeing the new musical Frozen or the Harry Potter pair of plays.  I tend toward discount theater shopping…

If I am very lucky there will be a few more productions of my own scripts this year.  Fingers crossed. 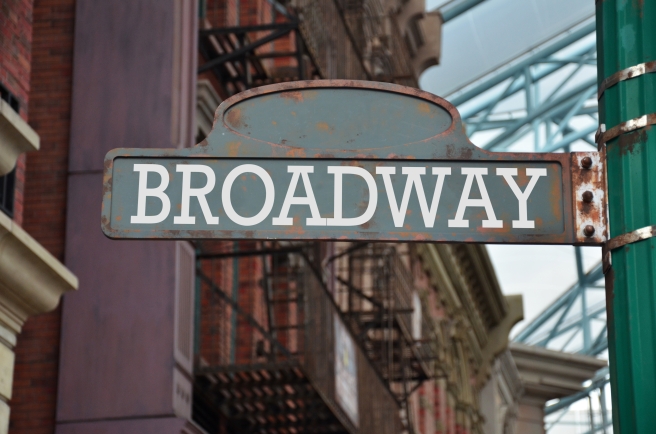 TOMORROW: Put on your PARTY FACE