I saw the original Broadway production of “Angels in America” in the early 90’s.  While clearly an important work by a talented playwright at the time I felt it too self-indulgent and wildly unedited as work for the stage.  At the same time it was clearly an important work and I was never bored or lost during the productions.  Tony Kushner is a great writer, especially imbuing his characters with a life and compelling reality that is unmistakably passionate.  Perhaps if I were as good a writer as Mr. Kushner I wouldn’t find it so easy to hack away at my own plays.

At about the same time I saw this original work I was thrilled by Terrence McNally’s “Love! Valour! Compassion!” which featured a hilarious Nathan Lane.  Mr. Lane is now performing in this “Angels in America” and doing a wonderful job portraying the fascinating and frightening Roy Cohn.  (It is perhaps telling that Mr. Cohn was a mentor to our current, sigh, POTUS.)  Nathan’s performance is as thrilling and unique as any of his previous work and by itself is worth the price of admission.  The entire cast is amazing, considering the workouts they get from this massive work.  But I must especially call out James McArdle as Louis who gives an exceptional and touching portrayal as Louis.  I was not able to take my eyes off him the entire time he was onstage.

The production  values for this version are very different from the first which was reverential and triumphant in many ways.  This version is dirtier, more real and just as stunning.  One quibble.  Couldn’t I get different playbills for each play as was done last time?  More impressive for my wall display, don’t you know.  I am not at all sure when this will be mounted again, so if you have not seen before, go to experience it.  If you have seen it, go for Nathan Lane.  He is worth it! 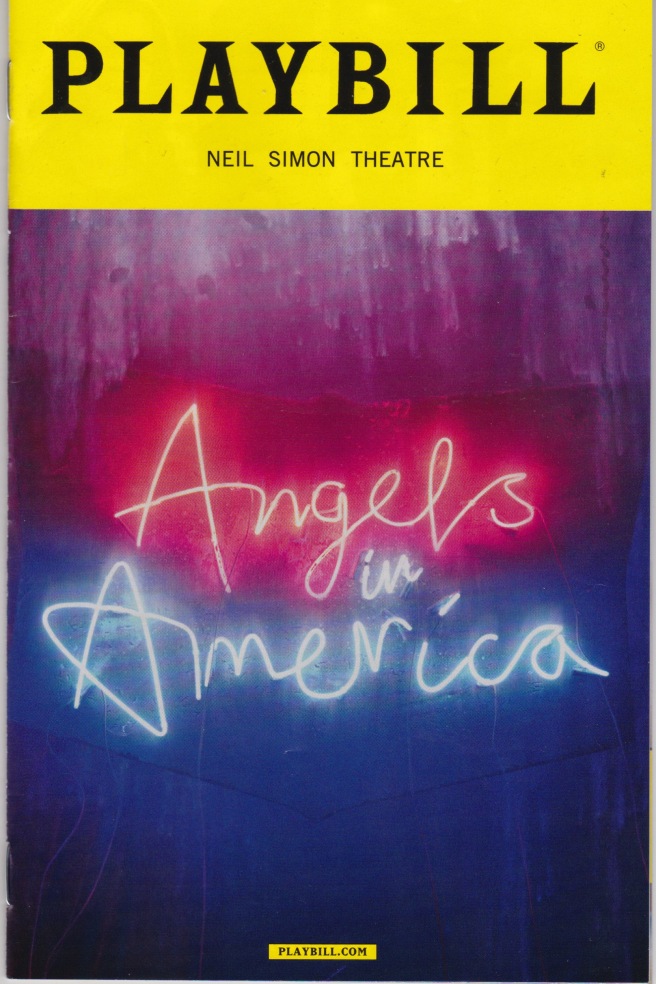