Took me long enough.  Finally made my way to see Jersey Boys on Broadway.  One reason is that I am a Bargain Broadway Buyer.  I use a couple of discount ticket sites to avoid paying full ticket prices.  It means I miss a few sold out shows but I am able to see many more shows because I pay less for each one.  I don’t see everything but I see about 2/3 of whatever is on Broadway at any one time.  As Jersey Boys began to wind down to their January closing they began offering on one of my discount sites.

I am very glad I caught it.  This is a fabulous show, but you don’t need to hear me say it.  You’ve probably already seen it in New York or on the road.  I’m late to the bandwagon.  Well narrated from several points of view it also includes great music from Frankie Valli and the Four Seasons.  See it if you haven’t already.  If you’ve already seen it, see it again.  Fabulous. 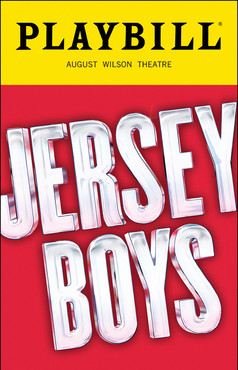