Great article in the New York Times this morning revealing that the famous Swedish Meatballs come from a recipe originating in Turkey (Ottoman Empire) back in the early 18th Century.  Turkey crowed and Sweden swooned but the article included a recipe.  You can find it here…

So, of course I had to try it.  I have never had IKEA meatballs so cannot confirm they are similar.  But they were good.  The finished product was excessively moist and so made pillowy meatballs with a crisp, tasty crust.  If I made the recipe again, I would add an egg and a cup or so of dry bread crumbs, most especially to firm up the recipe, how I prefer meatballs.  More firm and al dente.

But it is an interesting story and fun tradition.  Here’s to the Ottoman Empire, who spread their flavor to Nordic shores who would eventually create the torture of assemble yourself furniture.  I will retain my sanity and make my own meatballs. 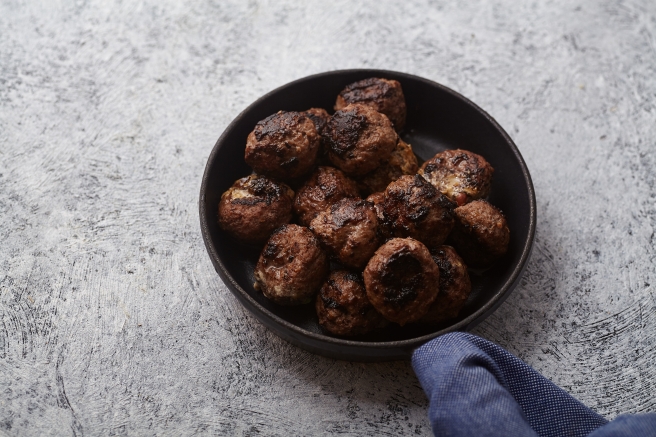