I often prep blog entries in advance and then edit up until the morning posting.  This version I have completely re-written at least a dozen times with various quotes, facts and observations.  I steer clear of political postings as there is enough bloviating in this environment.  This blog is intended to highlight the theatre I see, the scripts of mine that are performed, and food, glorious food.  But it is election day again.  I wrote a political post a year ago, which I stand by and now must speak once more.  Some observations:

In our republic, you can impact our leadership by opinion pieces (we still have a free press), money (the Supreme Court has empowered dollars as speech) and your vote.  Those who choose not to vote throw away their individual most valuable asset in a democracy.

In our current system, we have a binary choice.  While I am very interested in a parliamentary system where I could express my niche views with a small party that could align itself with bigger forces to govern the land, that ain’t us.  Vote for the one who will better serve your interests, a “message” vote or “protest” non-vote is wasted.

In our nation we need the government to succeed or all of us suffer.  I sincerely hope this administration succeeds or at least does not destroy everything for the next three years and we can do it all over again.

In New York today and many places around the country there is an election.  EVERY election is important.  As my favorite comedy album says “Vote early and vote often.”  Don’t lose your voice because there are forces out there who want that to happen.  Vote, damnit.  And watch for my next political post about a year from now.  I’m starting to draft it now… 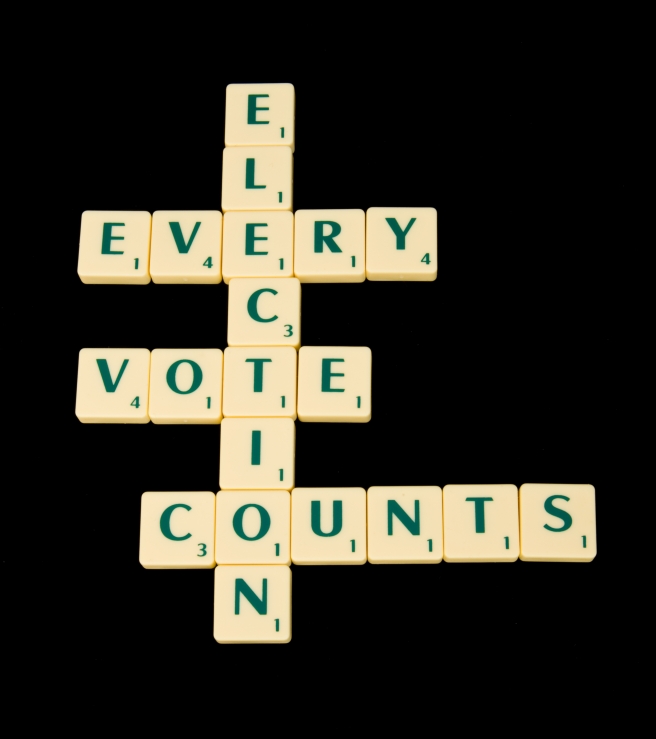