I mentioned in my last post that I had two contentious reviews and this is part 2.  Lucas Hnath’s “A Doll’s House, Part 2” has opened to uniformly rapturous reviews.  I’m sorry to say, I am a lone disagreer.

Don’t get me wrong, I enjoyed the night in the theater.  Sam Gold has directed a smoothly moving production and shepherded great performances from Laurie Metcalf, Chris Cooper, Jane Houdyshell, and Condola Rashad.  The concept is intriguing and the debate lively – but three objections on the script:

I know my take is far in the minority and I have questioned myself many times since I saw the show and then read the reviews.  But I cannot shake my feeling, even after looking over it closely.  Glad I saw it, but wish it had taken a different approach.  Lucky for the participants and the production, mine is a distinctly minority viewpoint. 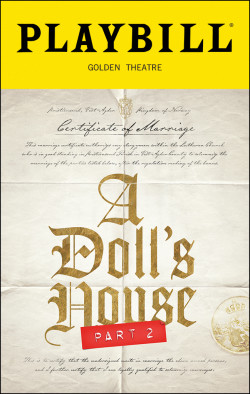