Significant other has transferred to Broadway from the earlier run at Roundabout.  Up and bursting into the big leagues Joshua Harmon has written quite the vehicle for actor Gideon Glick.  The production is expertly acted and well mounted on the stage of the Booth Theatre, my favorite Broadway venue.  The story of a gay man who cannot quite find his soulmate watches his straight girl friend posse slip away to marriages one by one until he finds himself alone with his best friend and without a significant other.

It is a funny script which kept me interest the entire night and production values are high. I left unsatisfied, in ways I cannot quite adequately describe.  I think the self-pitying main character kept cycling through the same routine and never found a way out, which is I guess the point of the play.  However, spending the evening with such a miserable character who cannot break free was not satisfying.  It was pointed out to me that I dearly love Long Days Journey into Night which features four such miserable creatures for a far longer evening.  My answer is that they are making each other miserable while the lead character in the play does it all by his lonesome.  Misery loves company. 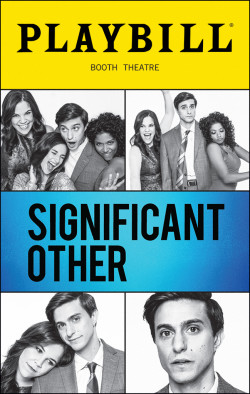