Well it was bound to happen.  With all the theater I get to see it would eventually occur again.  I would leave at intermission.

Very seldom do I consider doing such a thing (especially if I am paying for the tickets!).  But on an exceptional evening, I am afraid it happens every decade or so.

Les Liaisons Dangereuses was such a play.  What should be sprightly and sharp, a fencing match of wits and devious doings should capture our imaginations and draw us forward in our seats.  Done all in grays and browns both in setting and in mood, this production did no such thing.  To top it off there was a graphic sexual manipulation of a character termed as 15 years old (and an actress looking younger than that) as a primary topic.  Things have changed even in the last few decades (let alone the last few centuries) that make it uncomfortable to sit through.

Sidenote diversion, I have always found sex and violence more intimate and personal on stage than on screen and so also much more impactful.  There are no camera tricks available and it feels much more in the moment.

Anyway, hopefully not an early departure for another decade or so! 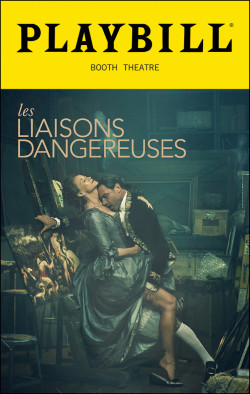