I just got word of Edward Albee’s passing.  All Over.  It was discovering Edward Albee that propelled me to be part of the theater community, to focus my career in performing arts, a lifetime of passionate theater going and ultimately my interesting in writing new plays.

When I was in eighth grade our family moved to Wyoming, Ohio – just north of Cincinnati.  The high school there was nationally recognized and progressive.  They held an enrollment session as if it was college with different academic departments at separate tables in the gym where you went to sign up for classes and especially for electives.

In 1972 (I know, I’m old – do the math) I wanted to be either a broadcaster or politician.  I had it in my head I could speechify if I only had instruction.  So I was directed to a table for a class named “Speech and Drama.”  The teacher there, the great Karen K. Kramer, said unfortunately that there was only about 2 weeks of speech in the course and the rest was drama.  I considered moving on but she assured me that I would like it and learning theater would help my speech-ability.  I reluctantly signed up but assured her that I would only tolerate the theater part.

As I left the table she asked me to audition for the spring play because there was a part she thought I would be good in.  As a lark I agreed and was given the part of the “stuffed shirt” student politician in “Up the Down Staircase.”  I did OK and it was OK but didn’t change my life.

The start of my 9th grade year Ms. Kramer recommended that I sit in on a couple of seniors doing a “reading” (had never heard of such a concept) in a classroom.  There were two people wearing black turtlenecks on stools with music stands.  Very 70’s.  They did a reading of “Zoo Story” by Edward Albee.  My life changed in that half hour.  How in the world could two dudes sitting and reading so significantly impact me?  I was blown away.  That is the power of theater and a strong script (and two excellent actors).  From that moment I knew theater was for me.  I thanked Ms. Kramer for that and she just smiled.

I do not have a tenth of the talent of Mr. Albee, but his work changed my life.  I met him briefly twice at times when he was speaking, briefly said hello after and that was it.  I am deeply in debt to that man.  I love every play of his I have seen performed.  I am sorry he will write no more.  I am grateful for all of his life that has inspired me from the beginning. 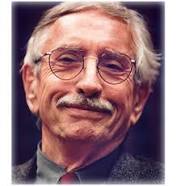