The Encores! Off-Center Series is a revival of previous and oft forgotten musicals.  I got to see the final performance of their limited weekend offering of Don’t Bother Me, I Can’t Cope.  When it appeared on Broadway it featured the first time on The Great White Way that a woman had written the music and lyrics to a Broadway musical and the first time that a black woman directed one.  I met that director, Vinnette Carroll, while working in Fort Lauderdale.

So it was a thrill for me to see the show staged again.  It is a showcase of the daily difficulties suffered by African-Americans.  Unfortunately it does not feel dated as all.  Too little has changed in the nearly five decades since it premiered.  Hopefully more will seem dated when it is next staged.

The actual performance was wonderful, the talent uniformly impressive, the direction by Savion Glover exceptional.  A shame it ran for only four days.  Always catch these shows when you can. 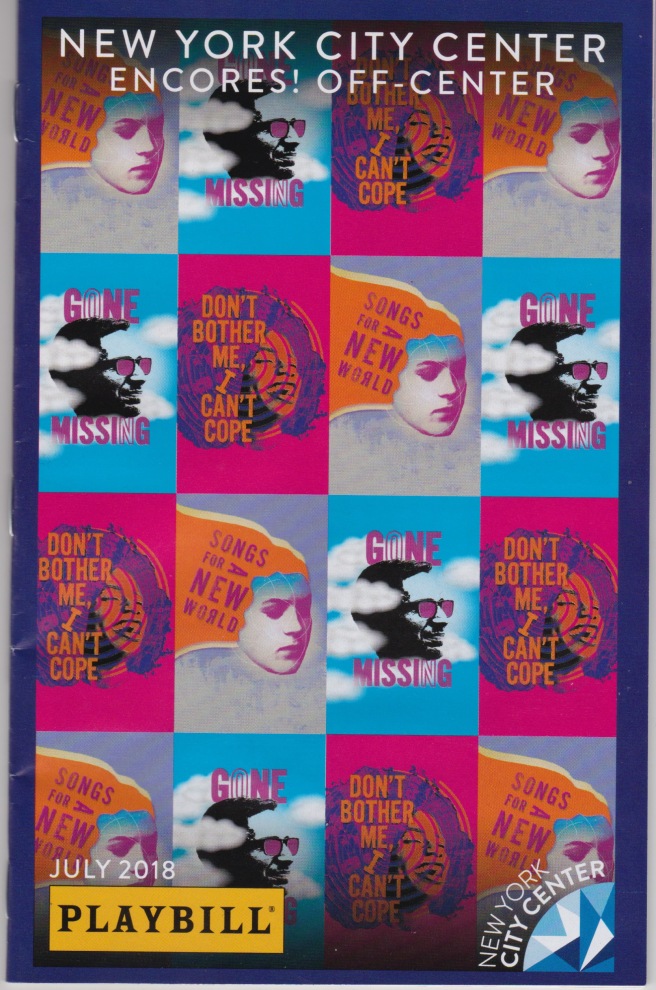