The Signature Theatre is having quite the season.  Their remounting of Edward Albee’s At Home at the Zoo: Homelife and The Zoo Story is spectacular and a must see this season.  Directed by Lila Neugebauer and featuring the extraordinarily talented Robert Sean Leonard, Katie Finnernan and the explosive Paul Sparks, it should be on your go to right now list.

I had not seen the opening one act crafted by Albee about 10 years ago.  As I am so familiar with Zoo Story it was easy to see the foreshadowing and setting up that the playwright did.  But it is so much more than that.  The work deftly peels away layers of the relationship between husband and wife to both reveal deeper truths and anxieties as well as prepare us for the next course.  Katie Finnernan was astonishing and perfect in her role.

The second half shifts to the ultra familiar Central Park of The Zoo Story.  More than four decades ago I reluctantly sat in a high school classroom to watch a reading (in full 70’s fashion of black turtlenecks, stools and music stands).  I was considering a career perhaps in law, maybe politics or broadcasting.  I had signed up for a “Speech and Drama” course to mine the few weeks of formal speech training, but disdainful of that frivolous dramatic stuff.

The Zoo Story changed my life.  The effect that script and those actors had on me in that fluorescent lit mundane room was earth shattering.  At the end of the reading I marveled that the simple spoken word could have such a shattering impact on me and dedicated myself right then and there to be part of the theater.  Early on I was an actor and manager of theatrical venues.  Today I keep a day job so that I can write plays and attend as much theater as my budget can afford.

I know the script of The Zoo Story backward and forward (I noted that Albee clearly made some changes for this version).  Robert Sean Leonard and Paul Sparks were magnificent in what is now an Ur Text for me.  All things spring from The Zoo Story.  The program is scheduled to run only until March 25.  You must see it. 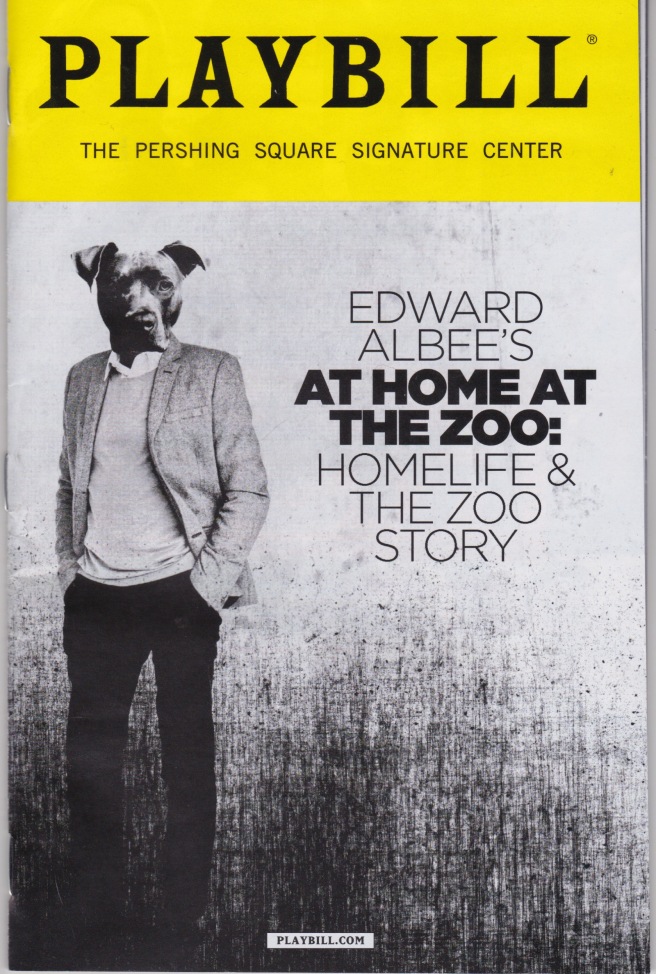