I have been writing plays for about eleven years and have had more than 100 productions, readings and awards for my scripts.  I have had the opportunity to “vanity publish” my works but have resisted.  I have just signed a contract with ArtAge: The Senior Theatre Resource Center to publish one of my short works.  This is an organization that markets and licenses plays primarily to retirement center and older performers groups.  Figures as I am such an old feller myself.

The script and title are undergoing some editing before it is listed in their catalogue.  It was originally title “Your Turn To Watch Dad” but will likely now be called “At The Diner With Dad” in their book.  The script has been one of my more popular offerings and I have included several production photos below.  Going forward I cannot offer it to groups but it will be licensed, hopefully often and around the country, by other groups.  It will be available sometime in 2018 and I will post here when it is published.  A nice way to end 2017. 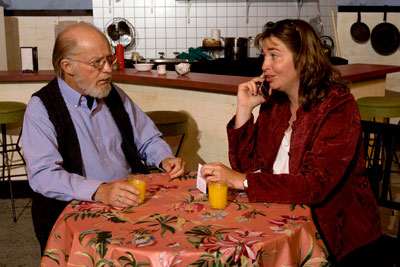 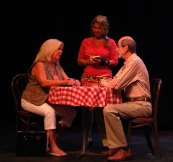