On New Years Day for most of the last decade I have participated in the WBAB Cold Finger Run – an organized ride for motorcycles of all types, ages and expertise to cruise the highways and byways of Long Island.  Each entrant pays a fee of $20 which all goes to various children’s charities and thousands of bikers participate each year.  I have ridden previously on my 2009 Victory Vision Arlen Ness Edition and my current 2014 Can-Am Spyder RT.  I always enjoyed the privilege of being shepherded along the road by police officers and blocked off roads, though I am guessing many motorists did not.  Still, people would line the route and wave and take pictures and it was fun to be part of it.  I never enjoyed the party at the end of the run, loud music, lots of beer and rowdy guys.  I would usually find a good restaurant nearby or head back on my own.  For the last couple of years we have enjoyed Bobbique restaurant in Patchogue.

This year the run was postponed because of the holiday cold snap (I did ride that day locally and, I mean, come on guys, it is called the Cold Finger Run for a reason).  They then postponed it again last week and scheduled it for today.  They finally canceled the run all together because of the cold this week but kept the party.  Go figure.  As I publish this post at noon on Sunday those bikers will be gathering to drink beer but not do the ride!  That’s safer?  Sorry, I will miss this year and not add the cool patch to my vest.  Next year they should perhaps change the name to Slightly Chilly Finger Run as they do seem to have a fear of really cold weather. 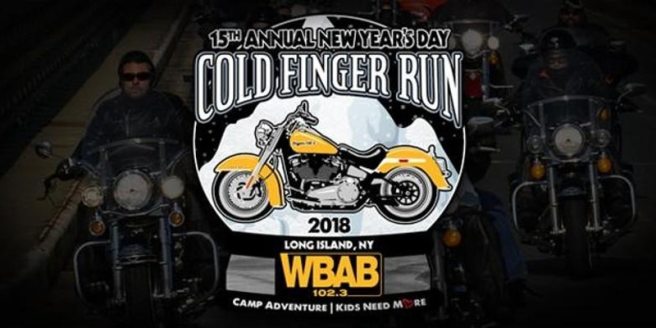