The Vivian Beaumont Theater at Lincoln Center has become my go to place to have complicated concepts explained in riveting theater pieces.  On my last visit I was thrilled by J.T. Roger’s play OSLO which captivated me as it led me through the now doomed negotiations toward the two state solution between Israel and Palestine.  Sounds dry but was amazing.

Now Ayad Akhtar brings his JUNK – another complicated work, this time dramatizing the 1980’s junk bond period.  Another four letter title, another complex concept, another huge cast play attempting to pull you in to the human experience of the idea.  I loved Akhtar’s most recent play DISGRACED and was really looking forward to this performance.

Unfortunately this work slightly misses the mark, not living up to either DISGRACED or OSLO.  It is compelling and entertaining but the result of the scheming is telegraphed early and the portrayals not as well filled out.  Perhaps it is tougher to humanize finance than homelands.  I don’t want to telegraph too much about the details because I do want you to see it.  It should be seen as part of your play going portfolio.  And watch at the end.  There is an inventive final twist that sent me out of the theater both smiling and shaking my head.  See it before the limited run ends. 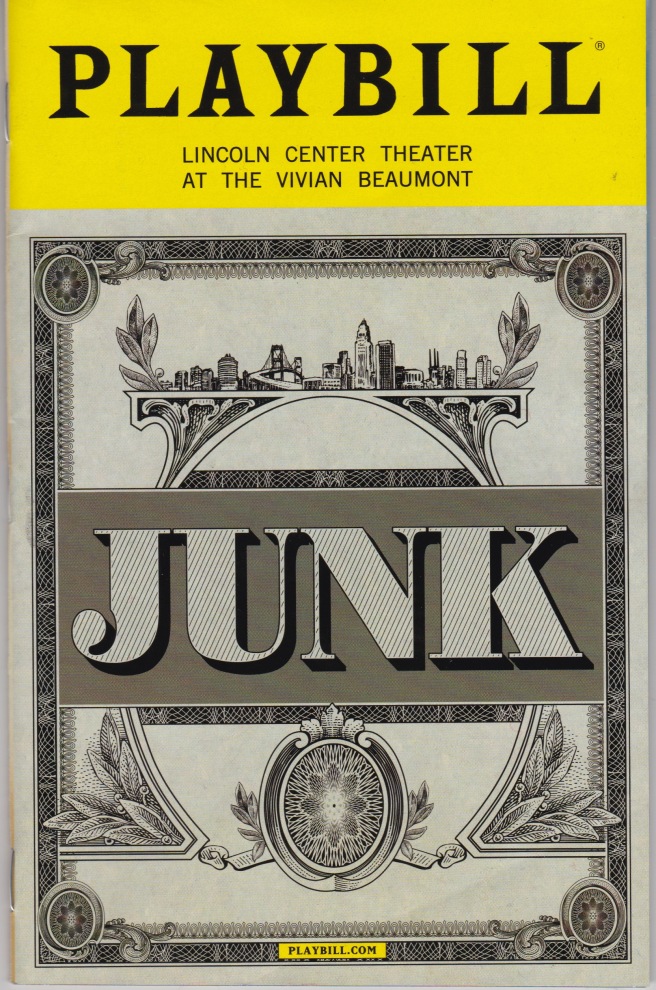