Lately I’ve seen a number of one night only events that I am unable to review in time for you to decide to see or avoid.  I’ll be trying to catch up a few of those in the coming weeks, for your reference.

Jack Shamblin has conceived, written, starred in and performs in Slumming It that was presented at Dixon Place in the Lower East Side as part of their Hot! Festival.  The festival continues through the end of the month and has a wide variety of Queer themed events.  Mr. Shamblin starts with the interesting premise to shed light on a real male brothel at the turn of the last century.  He veers off into wild speculation, lurid soap opera events and contemporary gay cabaret acts.  He obviously has some talented friends and it appears that every single one of them was shoehorned into the evening.  This work was interesting but requires significant editing and extensive focusing to make it a viable script.  I hope he takes the opportunity to do so as there are real possibilities hidden deep within the bloated event he has assembled so far.  There were many talented people in the ensemble (we were there to watch the inestimable Michael Giorgio who recently worked with).  Now a big pair of scissors would be advised. 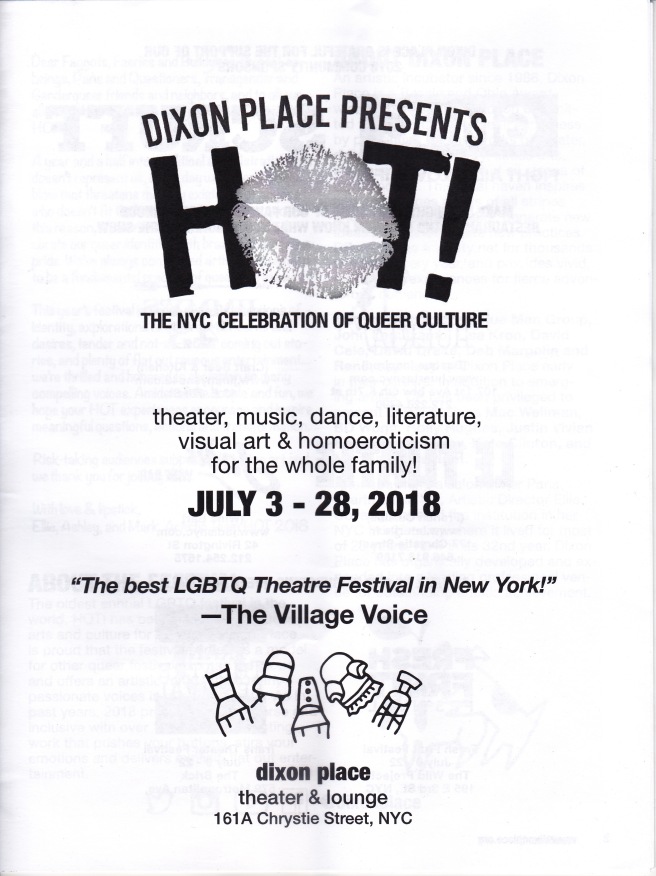 2 thoughts on “Review – Slumming It at Dixon Place”